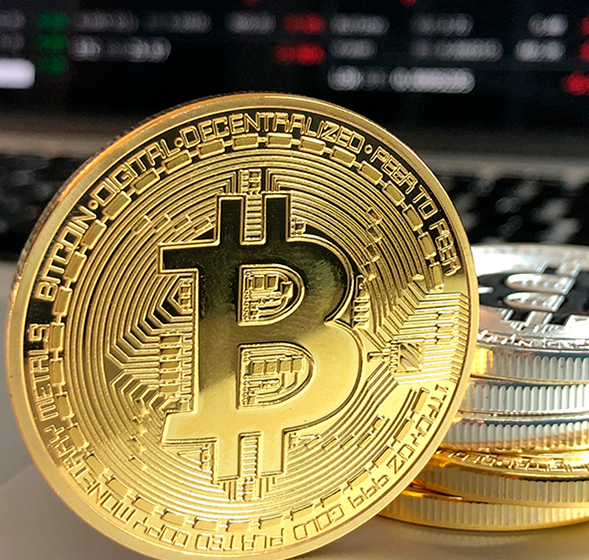 Tax on bitcoins – what are the rules?

Cryptocurrencies such as bitcoins have experienced an almost explosive success over the past year. The currencies have quickly gone from being almost mythical to being something that numerous Danes have both traded and invested in.

Bitcoins emerged as a virtual currency in 2008 and, since then, cryptocoins have repeatedly stolen the headlines. Not least because of their unique status as an invisible currency, which exists outside of banks and central banks.

In particular, the immense publicity surrounding cryptocurrency has focused on the profits that many people have enjoyed.

And when you talk about profits, there is no getting around the subject of taxation. So, how is it with the calculation of tax if you earned money from trading bitcoins or other cryptocurrencies? And what if you are unfortunate enough to lose money on an investment?

Bitcoins are not a real currency

The National Tax Board has established that, in a taxation context, bitcoins cannot be equated with 'real' currencies such as the euro, dollars and kroner. Therefore, bitcoins are not covered by the rules in the Danish Capital Gains Tax Act.

Bitcoins for trading or investment?

With regard to the taxation of bitcoins, you generally have to consider one thing; did you trade with bitcoins as the means of payment, or did you trade in bitcoins with a view to achieving a profit - that is, did you buy and sell the cryptocurrency as an investment.

If you used bitcoins as payment for a product or service, you should not think about taxation of the profit achieved, if any.

If you invested in bitcoins, however, the situation is quite different. That is, if you bought the currency with the intention of selling it again to make a profit. Here, you come under the tax laws in the same way as for investments in, for example, gold and diamonds.

Tax on profits, deduction of losses

If you are among those who jumped on the bandwagon and invested in one or more bitcoins, you must report any profits as personal income. Similarly, you can deduct a loss as a deduction. In round numbers, the tax on profits is approx. 53%, while the losses are deducted by about 28%, as the deduction that can be achieved is only a tax allowance.

If you invested in bitcoins as a company, profits and losses are taxed as regular corporate income.

If you have profits or losses from the cryptocurrency, we recommend that you report the amount under comments in your tax return, until a legal practice has been announced by the Danish Customs and Tax Administration (SKAT).

If you are unsure, it is important to find out what to do with your profit or loss. Among other things, you can find out by requesting a binding answer from SKAT, which costs DKK 400. Here, you can have your legal position clarified.

Bonuses for employees – what are the rules about taxation?

Allocation of employee shares and duty to report

GDPR – is your business ready?